If you’re reading this blog, there’s a pretty good chance you know that two weeks ago, I released my very first NA novel, which is, among other things, a romance between a teacher and student.* This book, Last Will and Testament, originated with the idea of a girl who was something of a train wreck having to take on custody of her younger brothers at college, but it didn’t fall into place as a complete story until the romance was set in place too.

Because Pretty Little Liars, that’s why. I was hooked on Ezria from episode 1, and I knew that was the romance I wanted to write. AND NOW YOU KNOW.

So, what do you do when you get a story idea and you’re writing in a category that wasn’t even a category the last time you wrote it?

You research what’s already out there.

(Please note, at the time, I had no idea what Slammed was about beyond that it involved beat poetry. That it is teacher/student and addresses guardianship are not in the blurb. So, yeah, that would’ve been the obvious research choice had I known. Whoops. ANYWAY.)

So, to Amazon! Where I searched through student-teacher romances, chose one with a fascinatingly intriguing cover (RIP Rainbowface) and a cool blurb, and started to read it on the subway. And then it was so good, it gave me writer anxiety, which I obviously had to tweet about:

Reading one of those books that straddles the line between “So happy this is so good” and “Oh crap, why do I bother writing?” #UNTEACHABLE

I made the stupid mistake of mentioning the author in the ensuing conversation with a friend, and then there she was, telling me not to give up.

@CoreyAnnHaydu @MissDahlELama I agree with Corey. Don’t feel down on yourself. And thanks for reading. ❤ — Leah Raeder (@LeahRaeder) August 21, 2013

As evidenced by her being somewhat nice there (I mean, if you ignore the total head pat), it’s obvious Leah Raeder and I did not know each other yet. But there you have the story of how she became my arch-nemesis and fellow Menace to Sincerity: it’s all Last Will and Testament‘s fault. And Unteachable‘s. And hers, just because most things are.

So, in celebration of the final day, today’s prize is a signed paperback of Last Will and Testament, which comes with an Unteachable bookmark signed by Leah Raeder.

*Students and teachers totally have Chanukah relevance, btw. Those spinning top things (Dreidel in Yiddish, S’vivon in Hebrew) we play with hail from back in the days when Jews were forbidden from studying from the Torah, so if the Greeks spotted them teaching/learning, they pulled them out and pretended they’d just been playing with them all along. The four letters – one on each side – stand for the Hebrew words “Nes Gadol Haya Sham,” or “A great miracle happened there.” (Except in Israel, where “Sham” is replaced with “Poh,” i.e. “here.”) There, don’t say Aunt Dahlia never taught you anything.

*Hanukkah Harry is not a real thing. I’m just way too Jewish to put Santa in a blog title.

**Top Ten Tuesday brought to you by the Broke and the Bookish!

These are the books I really want to own in hard copy but don’t just yet!

Pointe by Brandy Colbert – Yes, I already read and absolutely loved this one, but it was an ARC, which I finally decided to stop being selfish with and pass along in the hopes it would garner this great book more reviews. Before you jump on me for not buying a book because I had an ARC, know that I did buy a copy…but to give away during the first book #WeNeedDiverseBooks push.

Lies We Tell Ourselves by Robin Talley – Literally exactly what happened with Pointe. However, I’m actually gonna be doing an event with Robin next year, so I may just wait until then so I can get myself a signed copy. 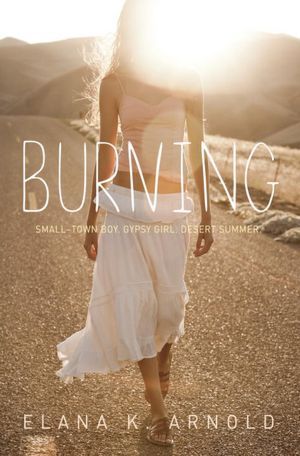 Burning by Elana K. Arnold – This is one of those that allllways sits in my B&N cart but I then save for later to buy other books I need sooner, usually for blogging reasons. I want it, though!

Love and Other Theories by Alexis Bass – This one actually doesn’t come out until the 31st, but I read an ARC and absolutely loved it. I don’t know that I’ll ever read it again, because it was seriously emotionally painful for me, but I do know I want to own it.

Beautiful Stranger by Christina Lauren – I totally devoured Beautiful Bastard, but when I went back to Target to buy the rest of the books in the series, everything was sold out except for Beautiful Player…which I bought, but still haven’t read, because I want to read them in order.

Froi of the Exiles by Melina Marchetta – I enjoyed Finnikin, and supposedly this one’s even better, but random circumstances have always prevented me from buying it. Still, I want it! 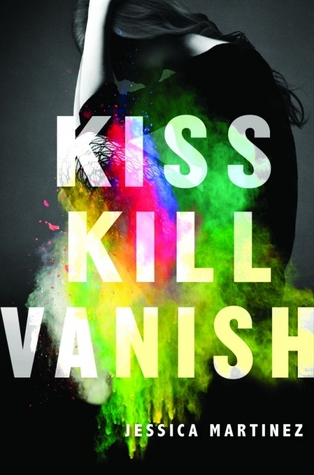 Kiss Kill Vanish by Jessica Martinez – I’m waiting until this comes out in paperback, because I hate mixing formats and I own all her other books, but man, do I love this cover enough that I secretly want both. Praying they don’t change it!

Guy in Real Life by Steve Brezenoff – A 2014 I really enjoyed but will also likely wait for paperback for, and also hope they won’t change the cover for. Similarly, I need the format to match Brooklyn, Burning, which was on this list too, until I finally sucked it up and bought it because I’ve heard such great things.

Stitching Snow by R.C. Lewis – I got to read half the ARC as part of an ARC tour for our shared debut group, but I was so slammed with reading for blog posts at the time that I only got to read half before I had to send it along. I was really enjoying it, though, and I want my own copy so I can finish up!