Happy Top Ten Tuesday! Oh, and Happy New Year, too! Hope everyone’s having a fab 2014 so far. As I write (and pre-schedule) this, the year’s actually only nine hours old or so, but I’ve been getting revisions done, so here’s hoping that heralds a productive year! 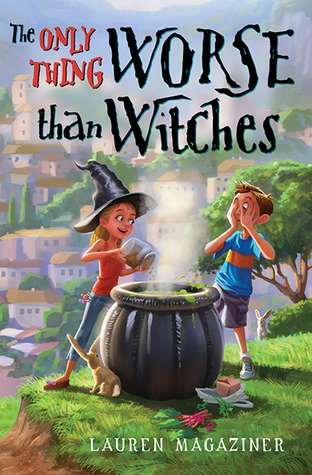 1. Read 5 MG books. I completely failed at this goal last year, but this year, I’m pretty confident I can do it, given how many of my fellow OneFourKidLit debuts are releasing some great-sounding ones. To that end, here’s the list from which I hope to hit at least five:

2. Read 20 Non-Contemp YAs. This is actually something I got way better at this past year, and now that I’m doing a lot more blogging (and blogging a lot more publicly), I definitely feel a responsibility to read more widely outside my genre. Plus, again – debut class of amazingness. And, as it happens, I bought a ton of these books in 2013 and just haven’t gotten a chance to read them yet. So, here are the 20 I think I’m surest to read in 2014:

3. Read 10 Adult books not for work. This was probably my biggest failing of 2013, and thinking about it honestly makes me cringe. The worst part is that I bought a whole bunch of them, and then…didn’t touch any. The only 2013 release for Adults I read was THE INTERESTINGS, and I loved it, so, here’s hoping to do some catch-up in 2014. The planned 10:

4. Read the other 115 books necessary to complete my Goodreads challenge. Yes, this likely means a whole lot of Contemporary YA and NA, and I cannot freaking wait.

5. Finish my follow-up to BEHIND THE SCENES. The good news is, thanks to my contract, I have no choice but to complete this one! The other good news is that I won NaNo with this, so at least 50,000 words of it exist. The bad news is…they’re not good words. But they will be! Hopefully. Eventually.

6. Finish drafting LAST WILL AND TESTAMENT. Yes, there’s also everything that comes after drafting the Contemporary NA Romance I started last year, but I like to take things one step at a time. Given that I’m entering 2014 with 72K down on this one, actually failing to achieve this goal would be about the most pathetic thing I could imagine.

7. Finish drafting my chick lit ms. No joke, I have been writing this book for years, but 2014 is going to be the year I finally freaking finish it. I don’t even have any plans for it; I just want it done. Just to put things in perspective, the main character is 28. I was younger than her when I started, and now I’m turning 30 later this month. So, yeah, it’s time.

8. Write at least three posts pimping QUILTBAG (QUeer/QUestioning Intersex Lesbian Transgender Bisexual Asexual Gay) titles. I already have one in the works for B&N, and I’m definitely looking forward to doing more, especially given how many great QUILTBAG books are coming out in the next two years!

9. Blog more about New Adult, specifically expanding upon the things I talk about here.

10. Interview another one of my all-time favorite YA writers. One of my favorite achievements of 2013 was actually mustering up the guts to ask my favorite YA author, Courtney Summers, if I could interview her. Even if she’d said no, I’d have tried! Yay! (She did not say no. It’s a great interview, and you should read it. Voila.)

And therein lies my real goal of 2014: do more scary things that are only made truly difficult by you getting in your own way.